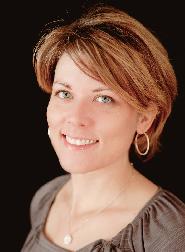 Amy Carrier’s mission is to create systemic change in education to teach every child the skills needed to become empowered, thriving citizens who can navigate adulthood and the new global economy. Since 2000, her unique voice and message of bringing together schools with the people and resources in their communities has resonated throughout her work in the classroom and the world. Amy is a pioneer in the development of programs, new initiatives and collaborative partnerships in education that bring together community members, businesses, teachers, parents, and students. She has developed organizations, new systems, strategies and programs all focused on connecting students with the larger community to better prepare young people for life after graduation, building career-ready and tech-fluent skills critical to 21st century success. She brings a breadth of experience and perspective from her work building collaborations in the classroom, school districts, several states, a national organization and East Africa. Amy is an excellent speaker, communicator and motivator for the causes of empowering youth ingenuity, community as the classroom, and equity in education.

An undeniably passionate advocate for educational change that impacts students today, Amy Carrier has a long track record of proven success in the conceptualization, design and implementation of new organizational structures to deliver on that mission. She has built systems, programs, growth initiatives, curriculum, training workshops, boards, governance structures and policies all to improve efficiency, efficacy and improved collaboration. Her work with school systems straddles deep engagement in both administration and the classroom, allowing her to effectively build and implement innovative solutions that strategically function for the the system as a whole.

Ms. Carrier spent six years as a teacher in an urban classroom. As the director and instructor for a school-based program, she developed and demonstrated the viability of a business and entrepreneurship curriculum that prepared 11th & 12th grade students with critical 21st century skills. Among the many partnerships she developed and managed to support student learning, one became an award-winning best practice for building a bridge between businesses and schools. Her school-level work garnered much attention and has since led to the expansion of her mission to equip students with 21st century and behavioral skills far beyond the United States into East Africa.

Amy is highly skilled at the conceptualization of new solutions that take a systemic view and consider all parties involved. She demonstrated this through the development and expansion of state-level chapters of a national educational nonprofit, Tech Corps, where she negotiated the vast cultural and economic disparities of a dozen states. During her tenure at the national office, she experienced the deep dichotomies existing between the economically challenged southern states including Alabama and Arkansas and the resource-rich environments of the chapters she managed in New York City and Chicago. Amy carried this powerful insight into another role for the organization, establishing and directing the first Boston chapter of Tech Corps. She successfully doubled the funder's goal of ten school-based programs to twenty in less than three years and built lasting partnerships between the schools and several businesses in the greater Boston area.

Ms. Carrier's perspective and experience in the field of education, and unwavering commitment to empowering youth spans her entire career and has deep roots in her own teenage years. During her college years, Amy quickly learned the importance of having strong business-savvy skills in addition to her passion for youth empowerment as she took the lead on developing new programs for under-served youth. She was the event director for county-wide training workshops for youth workers and a founding team member of a new mentoring program for college freshmen with disabilities. Amy further deepened her commitment to working with disadvantaged youth by serving as a tutor at a maximum security facility for juvenile boys in Ithaca, New York.

Amy was the child of a single working class mother and was the first to attend college in her family. She attributes her desire for a better educational experience for all students to her own experience navigating college and career choices without the guidance of professional adults. She speaks often about the social justice of "leveling the playing field" for all students so that bright young people are able to break free from the cycles of poverty and achieve their dreams.

Whether in the classroom or in the board room, Amy's eye is focused on the bigger picture of ensuring that decisions made are in the best interest of empowering youth in a way that best ensures their preparedness for and confidence to head out into an uncertain world. Her warmth, diplomacy and genuine concern for what matters most has demonstrated success in every corner of her career - whether in deepening strategic partnerships between schools and businesses or empowering a shy young woman in a classroom to find her voice.